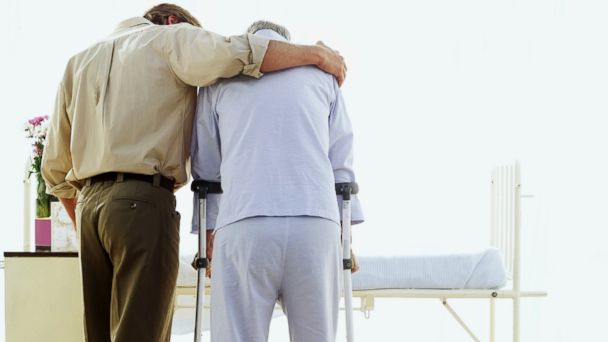 Honor your father and your mother

When you are young…

We usually love our parents, we respect, we think and talk about them well. We wish them well. This commandment seems easy and understandable to us. Parents are usually our greatest benefactors on earth. However, they are sometimes sad, but - fortunately - rare situations, when parents do wrong.
It happens, for example, that the father had left the family, leaving behind a wife and several children. The oldest of them, in your age, he is indignant. He can't think about his father calmly. How, that the father was wrong and that he was wrong. Can't imagine, how he could keep the commandment : "Honor your father". Does he then only have contempt and hatred? ?
Can an adolescent son or daughter think well of their father, who comes back drunk very often, he fights at home and beats his mother ? How exactly should young people behave in similar family situations ? What to think about their parents ? How to relate to them ? Man, who is acting inappropriately, he is unhappy. Most often he experiences it painfully himself. However, he is not always able to withdraw from the wrong path or quit his addiction (e.g.. drunkenness). Is a man unhappy, though they would be guilty, it deserves contempt and disregard ? Wouldn't it be appropriate to understand it and reflect on it?, how to help him ? Only love can find the right way, to bring a man out of misfortune. If love in relation to each person tells us to understand him and help him in misfortune, the more it requires, when it comes to parents. And in this case, the fourth commandment of God also applies.

When you are grown up…

Someday you will become independent from your parents. You will start your own family or leave the family home. Then the fourth commandment of God will give you new tasks. Parents, especially the mother, they are emotionally attached to you forever. They wouldn't want to lose you, they are afraid, lest you depart from them spiritually and become a stranger to them. Therefore, your slightest forgetfulness about them, indifference, roughness in words or letters, etc.. it can be a source of painful experiences for them. Think sometimes, with what you can make them happy.
Remember your parents' name day, anniversary of their wedding or jubilee. Wouldn't it be sorry for the parents, if they had received it as a gift, what they should get from you anyway ? When you ever start your family, you need to remember not only about your parents, but also about the spouse's parents.
Visiting each other with the family creates and maintains an atmosphere of love and understanding, Then the parents, experiencing the happiness of their children, they feel happy themselves.

Over the years, your parents will lose their strength, they will become helpless in life. Then they can feel loneliness acutely and will need care. Idea, how the parents are feeling, who know, that the children want to get rid of them as a burden from the home ? Is putting parents in a nursing home an expression of filial concern for parents? ? Old parents may feel embarrassed to ask their children for material help. And who has a responsibility to support them ? The fourth commandment reminds us of our duty to care for old parents in advance.
Victory of love
From the press, radio, on television you learn about many tragic events. You hear about old parents being exploited, abandoned or even kicked out of the house. Certainly with you, just like most people, such news causes a shock.
Consider : where does this extreme callousness come from?, and perhaps the children's hatred of their parents ? Do you realise, that selfishness is at its peak here. It always starts with thinking only about yourself, from minor misunderstandings and conflicts, which have not been resolved. Resentment slowly builds up, which turns to hate. This in turn leads to such inhuman acts.
This is certainly not the case in your family. Are you able to solve small changes skillfully and in a spirit of love?, everyday conflicts ? Are there any misunderstandings in your family that are not fully resolved? ?
You see such tragic situations and events among Christians as well. Apparently they forgot the obligations of baptism and love, that God gave them. They couldn't work with her. It is your job to contribute effectively to this, to be otherwise, make the commandment of God : ,,Honor thy father and mother ”was kept in life. Let your family become for those around you a sign of true Christian love in the family. Such families are necessary today, in which love reigns despite growing misunderstandings. God's commandment : "Honor your father and your mother" is a call to you.

I think you understand, that God in the fourth commandment calls you to be constantly vigilant and to reflect often on it, what is happening in your family home. Think right now : how you show love to your parents, gratitude, respect, obedience ? How are you acting, when you see some human flaws in your parents ? What are you doing, that the resulting misunderstandings do not turn into serious conflicts ? Do you see your parents' hardship and can you, despite his own activities, to help them ?
Consider the words of the song, which will show you, which is the most important in solving all human conflicts :

Ddy sometimes someone walked in your way or bored you, love has its test.
When sometimes the urge to quarrel awakens in you,
love has its test.
The Lord has forgiven the thief and this, what nailed him, their anger,
so be ready to let go of anger as well, because there is enough of him in the world.

So, reject anger, because there is enough of him in the world.
When you think you will be smarter than others,
love has its test.
When someone else does, than you want, love has its test.
The Lord has forgiven…”

1. “To whom does God's commandment apply : Honor your father and your mother " ?

2 When the fourth commandment seems too hard to fulfill ?

3. As an adult and independent man, he fulfills the fourth commandment ?

4. What this commandment obliges to do in relation to old and infirm parents ?

5. What is the beginning of grave sins against this commandment of God ?

6. What your Christian family should be for other families ?

12. What is a sin against God's fourth commandment ?

The sin against God's fourth commandment is the lack of love and respect for parents, disobedience. The worst sin is the harm done to the parents.

1. Review and write down examples of respect for parents that you know from the literature.

2. What kind of person do you know from history, who showed special respect for their parents ?

3. Write, how would you convince a friend, in whom you see disrespect for your parents.