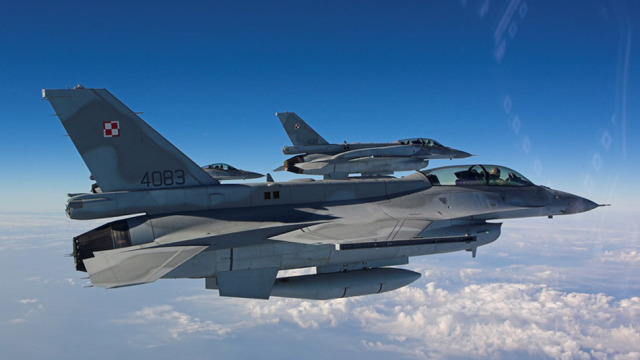 Technological progress and the Church

The wonderful progress of modern technology is the interaction of man with the Creator. By processing the world, man fulfills God's will. He subdues the earth. Also striving for the unity of all people, which affects us so much today, it is carrying out God's plan. Then you ask : what tasks does the Church have to fulfill in this? ? What are our tasks as members of the Church ?

Man lives in community. His work on processing the world is not only to serve him, but also this community, in which he lives. It can't, what the earth gives him, take only for yourself, guided only by your own needs. For selfishness leads to injustice between individuals and nations. Because of this, many nations are starving, while others have excess food. Selfishness also destroys unity among people. Constant misunderstandings arise, and there are even wars and bloodshed. Therefore, mankind always needs someone, who would show her the right way of coexistence.
W 1965 r. Pope Paul VI spoke thus in the name of the whole Church to the representatives of all nations in the United Nations :
…… Building, which you raise, it is not based on purely material and earthly foundations, because in that case it would be a building built on sand. It rests primarily on our consciences… We have to get used to thinking about people in a new way, about the life of people together, and finally the paths of history and the destiny of the world according to the words of St.. Paul : «Put on the new man, created according to God in righteousness and true holiness » (Ef 4, 24). The hour has come, where you have to stop, moment of recollection, reflection, as if another prayer : let's rethink our common origins, our story, our common destiny. Today, more than ever, precisely in an age marked by such human progress, one has to refer to the moral consciousness of man…
Because the danger is not a threat from progress or knowledge, when used well, it can solve many serious problems, which surround humanity. The real danger is in man, with ever more powerful tools, equally well suited to extinction, as well as to great achievements ".
It was not the only speech of the Church. John XXIII called for justice and peace in his encyclical ,,Peace on earth" (Peace on Earth) and Paul VI in the encyclical "Progress of the Nations" (Development of Peoples). The Declaration on Religious Freedom of the Second Vatican Council also defends human religious freedom. The Constitution on the Church in the Modern World calls for work, to make the world "more human to all" (KDK 77).
These calls of popes and councils must be fulfilled in the personal life of every Christian. In this way, through the word and the testimony of life, Church, God's people, it is "a sign and instrument of intimate union with God and the unity of the whole human race" (KK 1). Through the proclamation of the Gospel and the witness of life, the Church becomes a leaven for the growth of brotherhood and unity for all people.

Conquering the world, new advances in the field of technology and more and more comfortable life make, that many people feel that progress is their only task. They forget, that their work is only the development of the Creator's work. That is why the Church wishes to direct human activity to God. It draws attention to the ultimate goal of man and his activities. The Second Vatican Council speaks of this :
„…Showing God's mystery, what is the ultimate goal of man, is entrusted to the Church, therefore the Church opens man's eyes to the sense of his own existence, that is, the deepest truth about man. The Church really knows, that God alone, which it serves, it corresponds to the deepest desires of the human heart, whose earthly food will never be fully satisfied " (KDK 41).

In the liturgy of the Epiphany (6 January) we read Isaiah's prophecy :
"Rise up ! Shine, Jerusalem ! For your light has come, and the glory of the Lord will shine upon you ! For behold, darkness covers the earth, and dense darkness envelops the peoples, […] And nations will go to your light […]. Raise your eyes around and see : All those gathered are going to you " (From 60, 1-4).
The light, which all nations will follow, is Christ. New Jerusalem, in which Christ wants to gather all nations, is the Church. Through the words of the prophet, God calls each of us, that we cooperate with all people in mastering the world. He's calling us, that we act as leaven in the world, fighting selfishness and turning man towards God.
Do you remember that, that you also have a duty to prepare yourself for your professional work, to contribute to the development of social life, economic, techniques and culture ? How do you use your time to learn ? Do you see and fight selfishness in yourself?, which prevents you from being a leaven of unity and progress in the world ?
Consider today's lesson before God : .,God, who you gave all peoples a common beginning and you want to make them one family, penetrate everyone's hearts with the heat of your love and light them with the desire for righteous progress, that man may be perfected by using goods, which you give generously to all, and that all divisions may disappear from among people, and equality and justice were established ".

2. Dlaczego Kościół nazywamy znakiem i zaczynem planów Bożych w świecie ? We call the Church a sign and a leaven of God's plans in the world, because it shows them the ultimate goal and leads to the unity of all people.

3. W jaki sposób Kościół spełnia swoje zadanie w świecie ?
The Church of Christ fulfills its task in the world through the proclamation of the Gospel and the witness of life.

2. Co uczynili ostatni papieże, to unite Christians and all people in the world ?