"The truth will set you free" 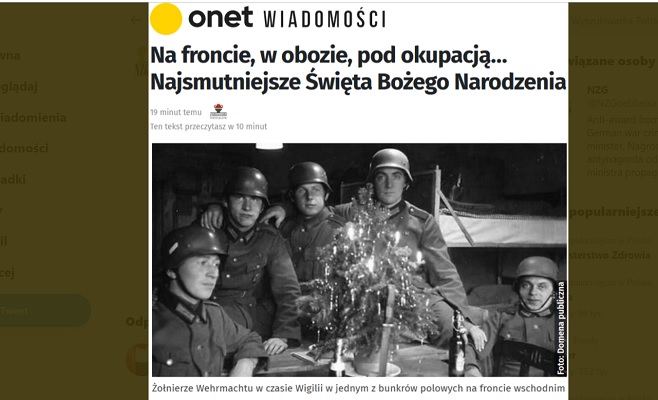 You are more and more interested in the world. You want to know the truth about the world and about man. Adults help you in this, you trust. When you were a child, you believed adults unreservedly. Over time, you started to notice, that not all people tell the truth. Maybe someone has already deceived you, misled ? So you have met the truth, and with error, and with a lie. What position will you take towards them? ?
Do you have a real opinion about people and things ?
We still meet people, we talk to them : But we want to know the truth about them. They serve us for this :

They are passed on to each other by all people in their daily lives. Thanks to the media, you learn about events on the same day, which took place in the farthest corners of the globe. For example. there will be an earthquake in Peru, and the radio informs you about it, television and press. Man lands on the moon, and you are watching it at home at the same time. The Olympics are being held on the second continent, and you can follow it at the same time.

This information varies from time to time. It is happening, when it comes to some discussion and highlighting of matters.

Sometimes opinions arise among people, which are accepted without checking. And they often have nothing to do with the truth. For example. someone said, that class ,,A ”or ,,B ”is the worst in the whole school. And others without checking, is it really true, they share this opinion and repeat it. Meanwhile, it may never have been true or has ceased to be so, for that class has changed for the better.
Maybe you've heard the opinion, that all gypsies steal. If you had believed this sentence without reservation, you would have missed the truth and would be hurting these gypsies, who are honest people and have not robbed anyone. Thus, man and matters must be assessed without prejudice, according to deeds and always truthfully. One must beware of generalizing, because then it is so easy to miss the truth and hurt your neighbor.

Often people are far from the truth, who only live by dreams. It happens, that in their fantasy they perform great deeds and discoveries, when in reality it is completely different. Dreams can have value, especially when they stimulate us to creativity and effort. However, it cannot be forgotten, that we live in the real world, from which it is impossible to escape into fantasy. Better is a sufficient degree in reality than a five in a dream. You have to know the whole truth about yourself. It is better to create your own future through work, than to guess it by fortune-telling or by prophecy.
Man, who wants to be mentally mature, in pursuit of the truth, he should get to know the truth about the world better and better, about others and about myself. Common sense will help him in this, that is, prudence, which is one of the most valuable human qualities. That is why God made man in his "image and likeness" and gave him understanding, so that he can come to the truth.
"Let each of you tell the truth to your neighbor" (Ef 4, 25)
These words of St.. Paul are a call for us to tell the truth. However, a question arises before us : why ?

Truth is a social good

You probably want to, so that others do not cheat you, but they always told you the truth. But do you remember, that others expect the same from you ? And they have the right to do so. If you were lying to them, you would be doing them a disservice. Telling the truth breeds trust. And a lie destroys them. If they were to mislead one another by this, that they are not telling the truth, living in society would be impossible, and the human community, planned by God, could not exist.

What is the lie

Who knowingly and voluntarily misleads his neighbor, then he lies and commits a sin. On the other hand, man, who is misleading unknowingly, he does not commit the sin of lying, but he is only wrong. He just goes astray. He says yes, as he thinks.

Such a mistake can only be a human sin, who professionally provides information and is required to know it well, what he informs about.
A lie can be committed not only by words. This one is lying, who pretends to be sympathetic to man, which he actually hates or wants to be better, than it really is. We are talking about such a man, that he is hypocritical, and we call his act the sin of hypocrisy.

However, keep in mind, that not everything, what you know and think, it is slow and necessary to tell others. An officer cannot reveal military secrets, a official official, because they would harm society. So there are such truths, which do not belong to everyone. We call them secrets or secrets. Some secrets are personal, kind of private, our own, and other professional, official. When a man hides, that is, it defends the mystery - it does not lie, but he is doing his duty.

The way of telling the truth

When you are convinced with certainty, that you know the truth, and someone else does not know her, he is wrong or he sees it differently, then you cannot forget about it, to present her tactfully and delicately. Referring to people with love and respect also applies when exchanging views on issues in dispute. Obedience and stubbornness in discussions are often not the truth, but selfishness, who wants to win over his opponent at all costs. If someone did not reveal the truth just because, so as not to expose yourself to colleagues or superiors, would show false solidarity or failure to seek truth and justice. Keeping the truth silent then, when the good of another person or society demands its disclosure, it is also an offense against the eighth commandment of God.

A Christian follows Christ - the Truth

Jesus came to earth, to reveal God's intentions for the world and man. He calls on all people, that they would know and recognize the full truth about God and about man.

Jesus lives the truth and proclaims it

Christ lived his entire earthly life in the truth and proclaimed it to others. Before Pilate, he declared : ,,I was born for it, and for that I came into the world, to bear witness to the truth " (J 18, 37). His Passion became this testimony, death and resurrection. Through them, Christ conquered the evil one, who "is the liar and the father of lies" (J 8, 44). Questioned before a Jewish court, whether he is the Son of God, he answered in the affirmative, although he knew, that this confession would contribute to His death.

A Christian lives the truth and proclaims it

Christ calls every Christian to fight against lies. He's talking to us : "If you continue in my teaching, you will be truly my disciples and you will know the truth, and the truth will set you free " (J 8, 31-32). In the sacrament of Baptism and Confirmation, every Christian renounces Satan, who is the father of lies. So he undertakes to live truthfully and serve it, preaching it to everyone. United with Christ, we must conform ourselves to him in loving the truth about God, about the world, about people and about ourselves.

When the priest at the beginning of the Mass. she calls you to apologize to God for your sins, then think about it as well, how you accepted God's call to live truthfully.
How you are looking for the truth about God, about the world, about people and about myself ? Are you guided by prejudices and prejudices towards people and facts ? - Do you have more respect for the truth than for the opinion ? Do you have the courage to tell the truth ? Do you treat others with respect when discussing with them ?

Think about the words of the psalm :
Save, Lord, for there are no godly ones,
there was no faithful among the people.
Everyone talks falsely to their neighbor,
they speak with deceitful lips and with a hypocritical heart.
Let the Lord destroy all the insidious lips
and tongue rash to haughty speech "

2. When dreams can be harmful ?

3. Why is the life of the human community impossible without truth? ?

5. Why, when telling the truth, you should remember the commandment to love and respect people ?

6. How Christ treated the truth ?

7. What should guide a Christian in telling the truth ?

To live in truth means to act and speak according to your inner conviction.

44. Why a Christian Should Live in the Truth ?

A Christian should live in the truth, because through Baptism and Confirmation he was incorporated into Christ, which is the truth.

Consider being truthful about yourself and those around you, especially in word and deed. What could you do, to remedy a lie ?