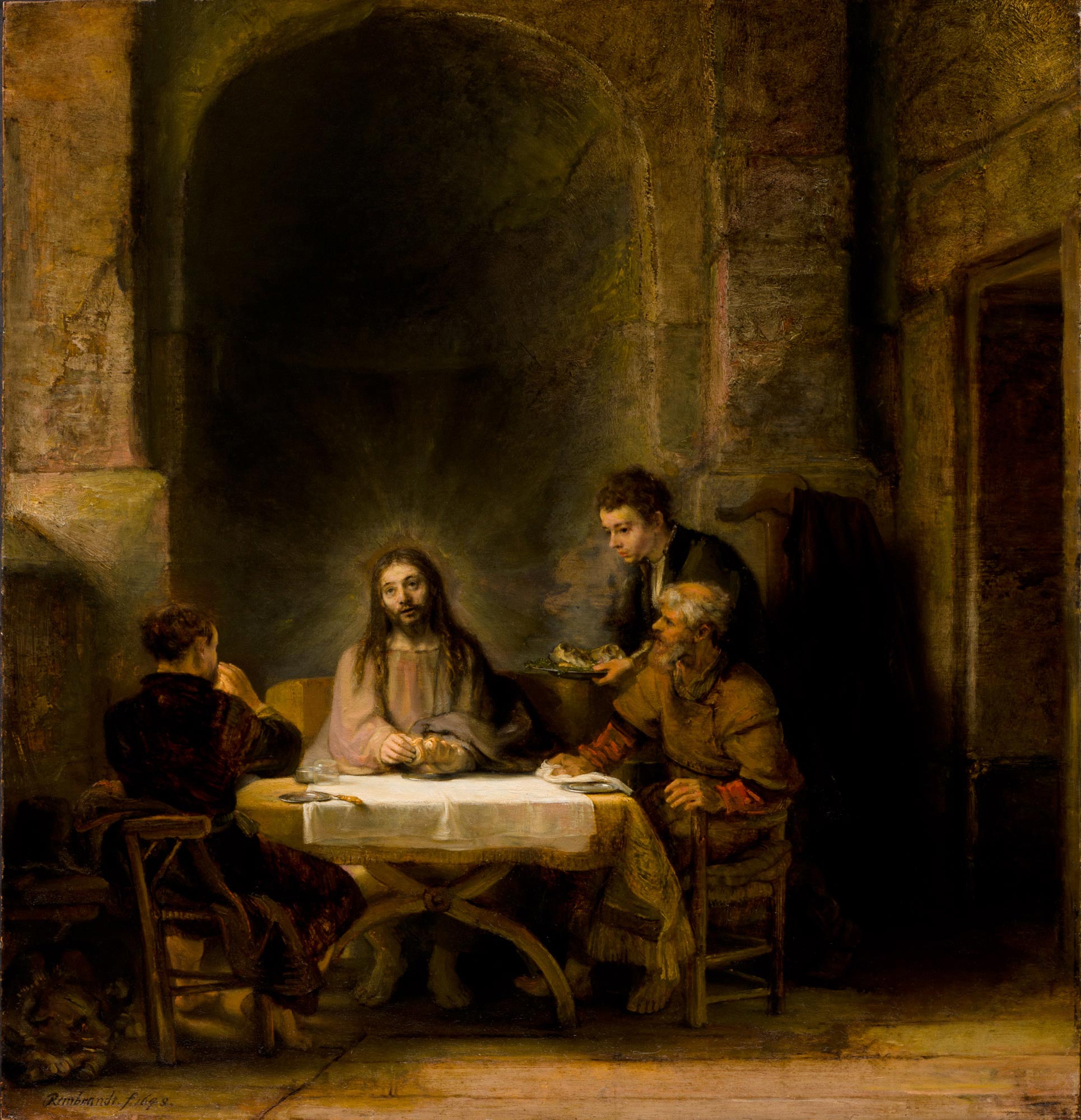 The Church proclaims the risen Christ

"You will be my witnesses" (Dz 1, 8). This was the task Jesus set for his disciples, when he met them after his resurrection. What was this task about? ? The apostles proclaimed the Gospel as eyewitnesses, that's it, what they heard and saw, from the baptism in Jordan until the ascension of Jesus,
But especially the Apostles testified of Jesus' saving death and resurrection, whose meaning they fully understood after sending the Holy Spirit (Luke 24, 45-46).

Tales of the risen Christ

Let us read carefully the stories of various events related to Christ's resurrection in the four evangelists, so that we understand better, what they wanted to tell us.
“After the Sabbath is over, at dawn on the first day of the week, Mary Magdalene and the other Mary came to see the tomb. Here was a great earthquake. For the angel of the Lord has come down from heaven, walked over, he pushed the stone away and sat on it. His figure shone like lightning, and his garments as white as snow. The guards trembled in fear of him and became as if they had died.
The angel spoke to the women : «Do not be afraid ! Cause I know, that you are looking for Jesus Crucified. He is not here, because he is risen, as he said. Come on, see the place, where he lay. And go quickly and tell his disciples : He has risen from the dead, and, behold, he is going ahead of you to Galilee. You will see him there. Auto, what will he tell you-
department ». So they hurried away from the tomb with fear and great joy, and ran to make known to his disciples..
And behold, Jesus stood before them and spoke : " Welcome ". They drew closer to Him, they embraced his feet and worshiped him. And Jesus said to them : "Do not be afraid. Go and tell my brothers : let them go to Galilee, they will see me there »" (Mt 28, 1-10).

“After the Sabbath, Mary Magdalene, Maria, Jacob's mother, and Salome bought spices, to go and anoint Jesus. Early morning, on the first day of the week they came to the tomb, as the sun rose. And they spoke among themselves : «Who will move us the stone from the entrance to the tomb? ? »But when they looked, noticed, that the stone had already been rolled away, and it was very big. So they went into the tomb and saw the young man, sitting on the right, dressed in a white robe ; and got very scared. But he said to them : " Do not be afraid. You are looking for Jesus of Nazareth, crucified ; arose, He is not here. Here is the place, where they put him. But go, tell his disciples and Peter : He is going ahead to Galilee, tam. You will see him, as he told you ». They came out and escaped from the tomb ; for they were overcome with amazement and fear. They also said nothing to anyone, because they were afraid " (Mk 16, 1-8).

“On the first day of the week they went to the grave at dawn, carrying the prepared spices. The stone was moved away from the grave. And since they came in, they did not find the body of the Lord Jesus. When they were helpless then, suddenly two men in shining robes stood before them. Scared, their faces bent to the ground, but they said to them : «Why are you looking for one who lives among the dead ? He's not here ; he is risen. Remember, as he told you, while he was still in Galilee : ,The Son of Man must be handed over into the hands of sinners and crucified, but on the third day he will rise again ''. Then they remembered His words and returned from the tomb, it has been made known to the Eleven and to all the rest. And they were : Mary Magdalene, Joanna i Maria, Jacob's mother ; and others with them told it to the Apostles " (Luke 24, 1-10).

,,And on the first day after the Sabbath, early morning, while it was still dark, Mary Magdalene went to the tomb and saw the stone moved away from the tomb. So she ran and came to Simon Peter and to the other disciple, whom Jesus loved, and she said to them : «The Lord was taken from the grave and we do not know, where is he laid ». So Peter and the other disciple went out and went to the tomb. They both ran together, but the other disciple overtook Peter and reached the tomb first. And when he bent down, he saw the linen cloths lying there, however, he did not go inside. Then came also Simon Peter, following him. He entered the tomb and saw the linen cloths and the scarf, which was on his head, lying not together with the canvases, but separately rolled up in one place. Then the other disciple also entered, who came first to the tomb. He saw and believed. For they had not yet understood the Scriptures, (which he says), that He is to rise from the dead. So the students came back together again.

Maria Magdalena, on the other hand, stood in front of the tomb weeping. When (so) she cried, She leaned down to the tomb and saw two angels in white, sitting there, where the body of Jesus lay - one in the place of the head, the second in place of the legs. And they said to her : «Woman, why are you crying ? »She replied to them : «My Lord has been taken away, and I do not know, where is he laid ». When she said it, she turned to see Jesus standing, but she didn't know, it's Jesus. Jesus said to her : «Woman, why are you crying ? Who are you looking for " ? She is judging, that this is the gardener, she said to him : «Lord, if you moved him, tell me, where did you put him?, and I will take him ». Jesus said to her : « Mario » ! And she turned and spoke to him in Hebrew : «Rabbuni», it means : Teacher. Jesus said to her : " Do not stop me, for I have not yet ascended to the Father. Instead, go to my brothers and tell them : ,I ascend to my Father and your Father, and to my God and your God ''. Maria Magdalena went announcing to the students : "I saw the Lord and he told me this" " (J 20, 1-18).

First, pay attention to the differences in the above stories. There are quite a lot of them. We do not know, how many women went to the tomb. We are unable to establish, how many angels or youths in shining robes have the women seen. Matthew's Gospel seems to be passing, that the women saw clearly, like an angel pushed back the tombstone. We find nothing on this in the other evangelists. The details of the empty tomb reported by the evangelists also vary. Why is it like that ? This is why, that the evangelists do not describe events like this, as if today's historian did. They are inaccurate in presenting the secondary details. Neither of them had witnessed the very fact of the resurrection. They tell about the empty tomb after the risen Jesus meets his disciples. And it is about this Jesus Christ risen, alive and victorious, which the students saw with their own eyes - all evangelists want to testify.
So what do the evangelists want to tell us in all four stories ? What they agree on ?
Everyone says the fact, that tomb, in which the body of Christ was placed, was empty. Then they all testify, that the empty tomb reminded the disciples of Jesus' own announcement of his resurrection. According to St.. John, this thought came to them spontaneously. Others pass, that the angels reminded them. It is significant - and all four emphasize - that the empty tomb made the disciples aware of the fulfillment of Christ's repeated prophecy., in which he served, that he must die, but on the third day he will rise again. Three evangelists give them to us.: Matthew, Marek and Łukasz.
(The first foreshadowing of the Passion and Resurrection : Mt 16, 21 ; Mk 8, 31 ; Luke 9, 22. The second announcement of the Passion and Resurrection : Mt 17, 22 ; Mk 9, 30 ; Luke 9, 43. The third announcement of the Passion and Resurrection : Mt 20, 17 ; Mk 10, 32 ; Luke 18, 31).
Finally, in all four narratives of the resurrection, the evangelists clearly emphasize the need to bear witness to the resurrection of Christ.. In the story of St.. In Matthew, the angel pronounces this most important command : “Go quickly and tell His disciples : he has risen from the dead, and, behold, he is going to Galilee. There you will see him ".
Similarly, in the story of St.. The angel brand transmits the call : "Go. Go, tell his disciples and Peter : goes before you to Galilee, there you will see him ".
St.. Łukasz adds, that the women, even without encouragement from outside, went, to announce the news of the resurrection.
At St.. John we read, that Jesus himself was speaking to Magdalena, when she saw him : "Go to my brothers and tell them".
So all evangelists emphasize the fact of mission, mission. The students have been instructed to proclaim the risen Christ and want to fulfill it. They want to be witnesses of the risen Christ.
In line with this mission, they go to all people. They testify and call to meet the risen Jesus. The death and resurrection of Jesus become the main truths in the preaching of the Apostles. They teach by preaching the risen Christ, that Christ died and rose for us humans and for our salvation, that we may thereby be justified, that is, reconciliation with God the Father.
The Apostles proclaim faith in the resurrection of Jesus as a necessary condition for salvation : “If then you confess with your mouth, that Jesus is Lord and you will believe in your heart, that God raised him from the dead, you will be saved " (Rz 10, 9).
The apostles preached Christ's resurrection with more than words, but they also gave witness by deed. They all gave their lives for this truth. Jan was sentenced to exile, others were martyred.

Descriptions of the resurrection given by the four evangelists and the testimony of St.. We read Paul now on the feast of Christ's Resurrection, which we celebrate every year. In these readings, God is making a double call to us today : to meet Christ and to proclaim this saving event to others.

43. Jaką podwójną misję otrzymali wyznawcy Chrystusa po Jego zmartwychwstaniu ?
Following his resurrection, the followers of Christ received a mission, that they may go to meet Him and tell of His resurrection.

44. Jak Apostołowie świadczyli o Chrystusie zmartwychwstałym ?
The apostles testified of the risen Christ with their word, life, and even death.

1. Read the four Eucharistic Prayers and pay attention, where they speak of the risen Christ ?
2. find out, what is sunday in russian and try to explain it.